Ivy Beyond the Wall 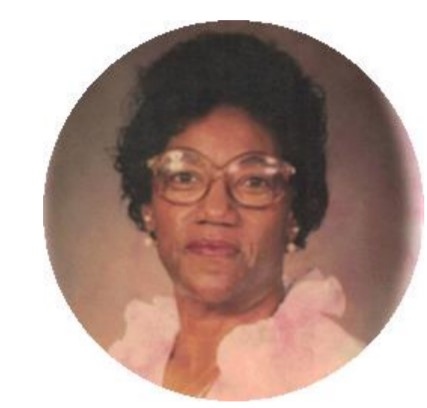 Sister Webb was an educator who encouraged everyone she met not to limit themselves and live life to the fullest was one of the charter members of Pi Nu Omega Chapter of Alpha Kappa Alpha Sorority, Incorporated.  Sister Webb was an active member of Pi Nu Omega and served as an advisor to Eta Psi undergraduate chapter of Alpha Kappa Alpha Inc., Middle Tennessee State University.

As an undergraduate student at Tennessee Agricultural and Industrial State University, she became a member of Alpha Psi Chapter (Jazzy 22) of Alpha Kappa Alpha Sorority, Inc.  Sister Webb's love for educating others led her after college to teaching science at Holloway High School from 1954-1966 and Smyrna High School from 1966-1986.  She retired after over 30 years teaching in the Rutherford County School System. 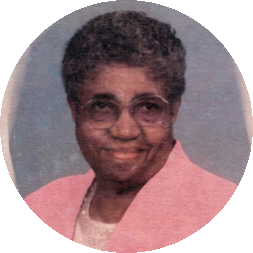 Sister Addison's career spanned over 51 years teaching in Georgia, Texas, New York and Tennessee.  She served as a professional school counselor for 34 of those years at Oakland High School.  Her accomplishments include receiving the Al Wilkerson Human Relation Award, Holloway Alumni Association Award for Outstanding Educator and Presidential Award for Outstanding Service to Education. 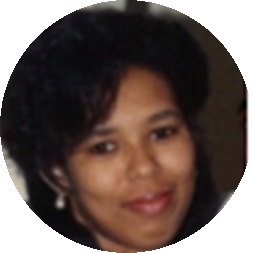 Sister Stewart was an Assistant Professor of Nursing at Tennessee State University who loved to educate and prepare nursing students for real life application.  Sister Stewart, while working on her PhD from the University of Memphis, poured love into hundreds of students at TSU each year and loved doing it.

Sister Stewart was initiated in the fall of 1991 Theta Zeta Chapter of Northeast Louisiana University now known as University of Louisiana at Monroe (ULM).  In 2009, she became an active member of Pi Nu Omega Chapter of Alpha Kappa Alpha Sorority, Incorporated.   She used her gifts in nursing as a member of the chapters health committee and assisted with many service projects promoting true Service to Mankind. 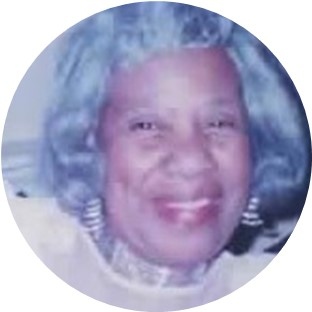 Sister Mai Dee was an educator and community activist.  She was well known for her compassion and willingness to help others, especially women of color.  She graduated from Tennessee State University in 1952 and moved to Detroit.  After teaching for more than 30 years, she returned home to Bedford County, where she became active in the community.  She was the driving force behind listing the Gilliland House Resource Center in Shelbyville, on Tennessee's National Registry of Historic Places.  She was the co-founder of Bedford Countians United for a Better Tomorrow and the Shelbyville Chapter of the National Association of Negro Business and Professional Women's Club.

In 1996, she was one of several "community heroes" selected to carry the Olympic torch as it passed through Shelbyville on the way to the Atlanta Olympic Games. She held the first Martin Luther King, Jr. Day brunch in Shelbyville, which is now an annual event.

Sister Mai Dee joined the ladies of Alpha Kappa Alpha, first as a member of Theta Lamda Omega in Pontiac, Michigan. Upon her return to Tennessee she became a member of Pi Nu Omega. Sister Mai Dee witnessed and was committed to the growth of Pi Nu Omega and its expanding service to the community over the years. Sister Mai Dee was active in ensuring her legacy and love for AKA by pinning her two daughters and granddaughter at their initiation ceremonies. 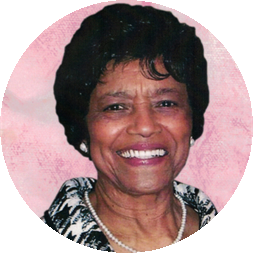 Silver Sister Mary C. Scales was a beloved member as well as a charter member of both the Pi Nu Omega chapter and Eta Psi chapter of Alpha Kappa Alpha Sorority, Incorporated. She served as the First Basileus, undergraduate advisor, and Mother to sorority members.  Silver Sister Scales was honored numerous times for her hard work, dedication and Service to All Mankind.

Other awards and recognitions include:

Silver Sister Scales will be remembered for her love for Alpha Kappa Alpha Sorority, Incorporated.  The love was so great that she would jokingly state that The Streets of Heaven are Paved Pink and Green. 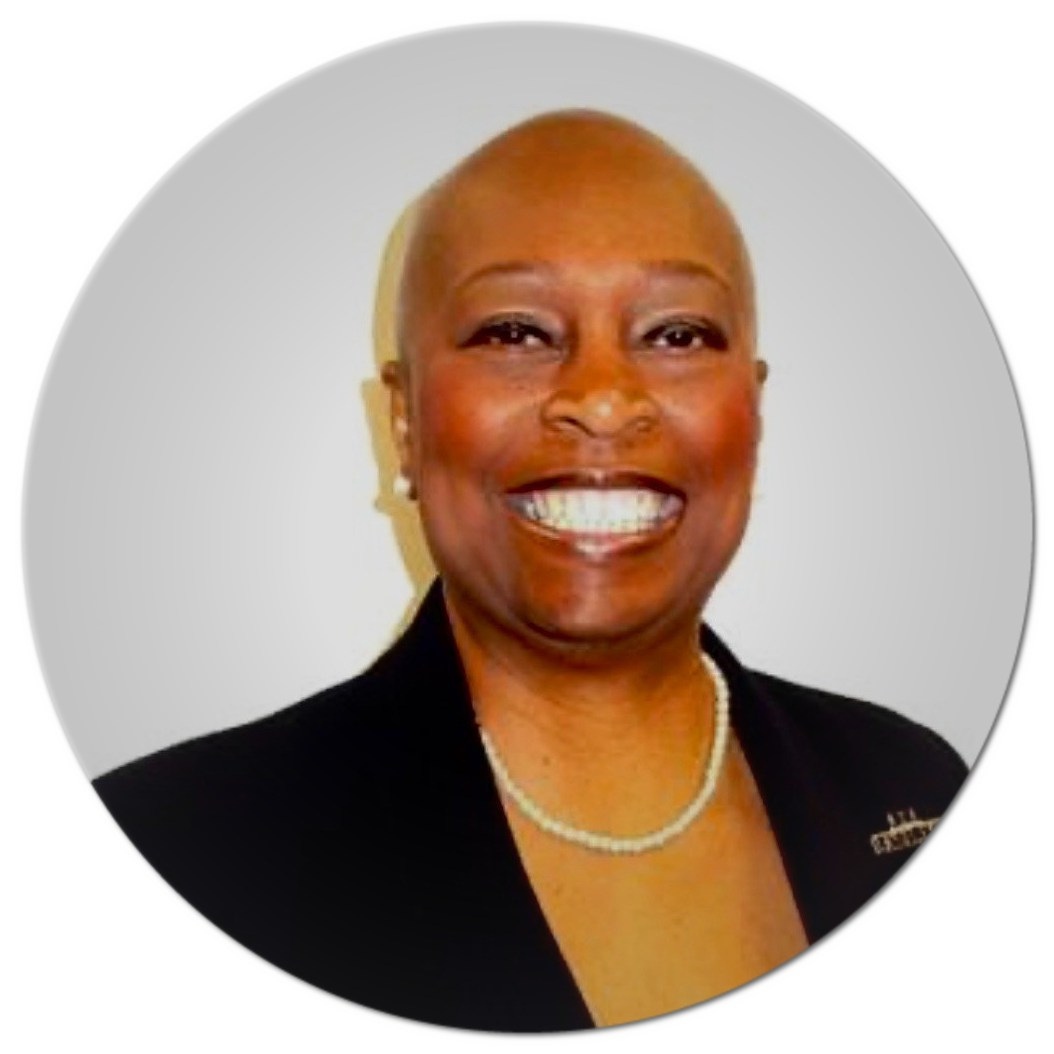 Silver Sister McKinney was a distinguished and highly regarded member of Alpha Kappa Alpha Sorority, Incorporated. She earned a Psychology degree from Middle Tennessee State University (MTSU) in 1975. She successfully completed a thirty-two-year career as a Network Manager for BellSouth Telecommunications, Inc and AT&T.

Servanthood was truly a calling from Silver Sister McKinney’s heart.  As a faithful and dedicated member of Olive Branch Baptist Church, she demonstrated her love for God by serving as a Choir Member and Deaconess. Additionally, she was a member of the New Member; Women’s Fellowship; and Wedding Ministries.

Silver ster McKinney didn’t simply serve on numerous committees, her pledge of excellence was recognized by receipt of the following accolades: AKA Sister of the Year; Choir Member of the Year; MTSU Black Alumni Achievement Award and the 2008 ATHENA Award Nominee.

Most important and dear to Slver Sister McKinney’s heart was her lifetime membership in Alpha Kappa Alpha Sorority, Incorporated where she was initiated in 1974 into the Eta Psi Chapter at MTSU. She used her leadership talents to serve multiple chapters as President, Vice President, Secretary, Parliamentarian, Sergeant-of-Arms, Graduate Advisor, and Cluster Coordinator.

Silver Sister McKinney showcased her love for Alpha Kappa Alpha by KNOWING Alpha Kappa Alpha. Silver Sister McKinney KNEW the history of Alpha Kappa Alpha, backwards and forwards. If there was something she didn’t know, she eagerly sought an answer. Lovingly regarded as Sergeant Brenda, she wanted things done right and according to protocol. Even so, she was very humble and shared her knowledge. She wanted you to be better today than you were yesterday. Not only did she push you to become better, but she was also there to help you become better.

Alpha Kappa Alpha Sorority, Incorporated. is not responsible for the design nor content of these web pages.
They are the sole property and responsibility of the Southeastern Region or the Pi Nu Omega Chapter who hosts and maintains this website.